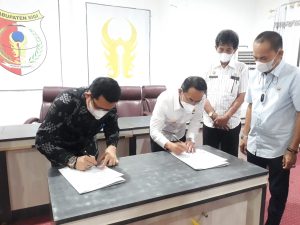 State Islamic University (UIN) Datokarama Palu, Central Sulawesi, collaborates with Sigi Regency Government. One of the goals is to empower community through education.

The scope of the collaboration includes the exchange of data and information between the two parties aimed at mutually supporting the acceleration of development. Then, capacity building and community empowerment through education, training, assistance in the field of education, mental and spiritual development, as well as optimizing the development of the social and economic quality of the community.

Next, the provision of educational scholarships for outstanding and underprivileged students from Sigi and other activities agreed by the parties as long as they do not conflict with the rules.

Sagaf stated that the existenc e of UIN Datokarama in Sigi supports the process of implementing development organized by the local government in the aspects of community empowerment, education, social and religion.

“Of course, UIN Datokarama tries to make a maximum contribution through its role in supporting human development in Sigi, so that it has a direct impact on increasing the Human Development Index (IPM),” said Sagaf, who is an Education Management Expert.

UIN Datokarama, he added, in addition to providing access to the people in Sigi to receive education at the level of undergraduate, graduate and postgraduate, also plays a role in preserving the diversity in Sigi Regency.

“Collaboration for optimizing religious moderation becomes a religious and cultural approach, to improve the quality of security, order, unity and integrity in Sigi, so that it has a direct impact on national order by upholding the values ​​of the nation and the Republic of Indonesia,” he said.

Sagaf, who is also MUI Deputy for Central Sulawesi, said that UIN Datokarama will also conduct research on socio-religious, educational and health aspects. 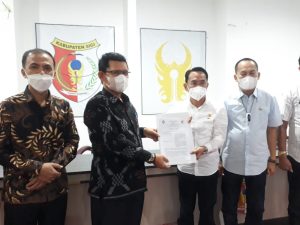 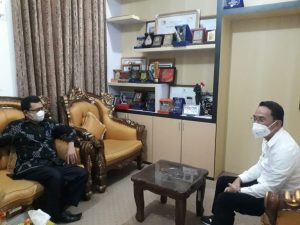 “This research is certainly collaborating with the Sigi Regional Government, the results of which can then be used as a local government reference in intervening in existing development problems,” he said.

In this regard, Sigi Regent Mohamad Irwan said Sigi Regional Government was willing to collaborate with UIN Datokarama in order to accelerate the achievement of regional development targets.

“We are grateful that UIN Datokarama chose Sigi as the area for campus development. Hopefully this development will have a direct impact on the magnitude of UIN’s contribution to regional development in Sigi,” He said.