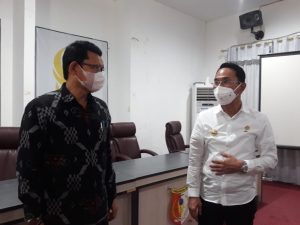 “UIN Datokarama has a strategic role in the construction and development of religious tourism areas. Therefore, I need input and advice from UIN Datokarama,” said Mohamad Irwan, in Sigi, Friday.

The reason is because the area has become a historic icon related to the trajectory and place for the spread of Islam in Sigi which was carried out by Habib Idrus Bin Salim Aljufri.

In addition, in Dolo Village, Kota Rindau, there is also an Alkhairaat Islamic Boarding School which further adds to the religious nuances of the area.

Mohamad Irwan admits that the existence of the Alkhairaat Islamic Boarding School has a strong influence on the community.

Therefore, he hopes that UIN Datokarama, which currently has its second campus in Pombewe Village, Sigi Biromaru District, Sigi Regency, is expected to be able to disseminate information to the public regarding the religious area.

“The construction and development of this religious area is also an effort to strengthen the Sigi Religi program,” he said. 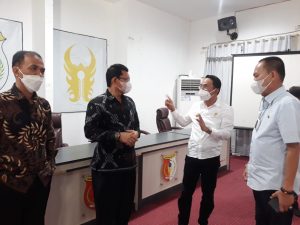 In this regard, the Rector of UIN Datokarama Prof. Sagaf Pettalongi assesses that the development of religious tourism areas is very important, as a form of effort to build the mentality and character of the community, especially the younger generation towards religion based.

“In addition to minimizing negative things, of course, the Sigi Regent’s breakthrough is an effort to build a better human civilization in the midst of the strong current of modernization,” said Prof. Sagaf, who is an Education Management Expert.

Sagaf, who is also the Deputy of MUI in Central Sulawesi, emphasized that UIN Datokarama supports the breakthrough, and is ready to assist and optimize the Sigi Religi program.