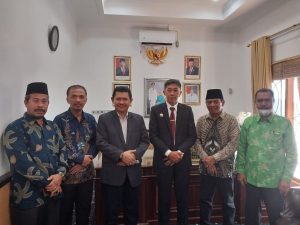 “This synergy is an implementation of the threefold missions of higher education as well as supporting community development organized by the Morowali Regional Government,” said Rector of UIN Datokarama Palu Prof. Sagaf Pettalongi during a visit to the Regent of Morowali, Taslim, at the Office of the Regent of Morowali, Wednesday. 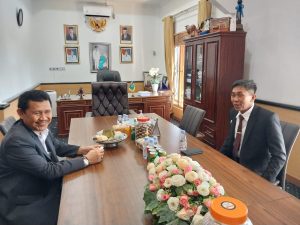 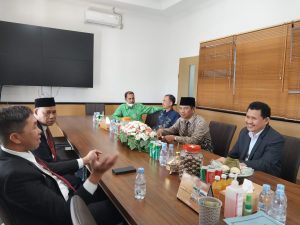 The synergy of community development was followed by the signing of a memorandum of understanding by UIN Palu Prof. Sagaf Pettalongi and Regent of Morowali Taslim.

Sagaf said Morowali Regency is one of the most renowned areas in Indonesia, related to the abundant natural resources potential, especially nickel and oil palm plantations.

“Therefore, it is important to develop and empower the community in the aspects of education, skills, social and religion,” he said.

“At the same time, to minimize and prevent the occurrence of social conflicts, the development of social and religious aspects through approaches must be carried out,” he said.

Through this synergy, UIN Palu also provides space for the younger generation and the Civil Servants (ASN) within the Morowali Regency Government to continue their undergraduate, master and doctorate degree studies.

“Especially for teachers, UIN Palu is ready to increase their capacity through Teacher Professional Education (PPG),” he said.

Regarding this matter, the Regent of Morowali, Taslim, responded positively and was ready to work with UIN Datokarama for community development in social and religious aspects.

Taslim views that coaching through a cultural and religious approach is important, so that social enviness does not occur between fellow members of the community along with the high investment which has an impact on the high demand for labor.

“Alhamdulillah, our community is very open, but community development and capacity building must still be carried out,” he said.